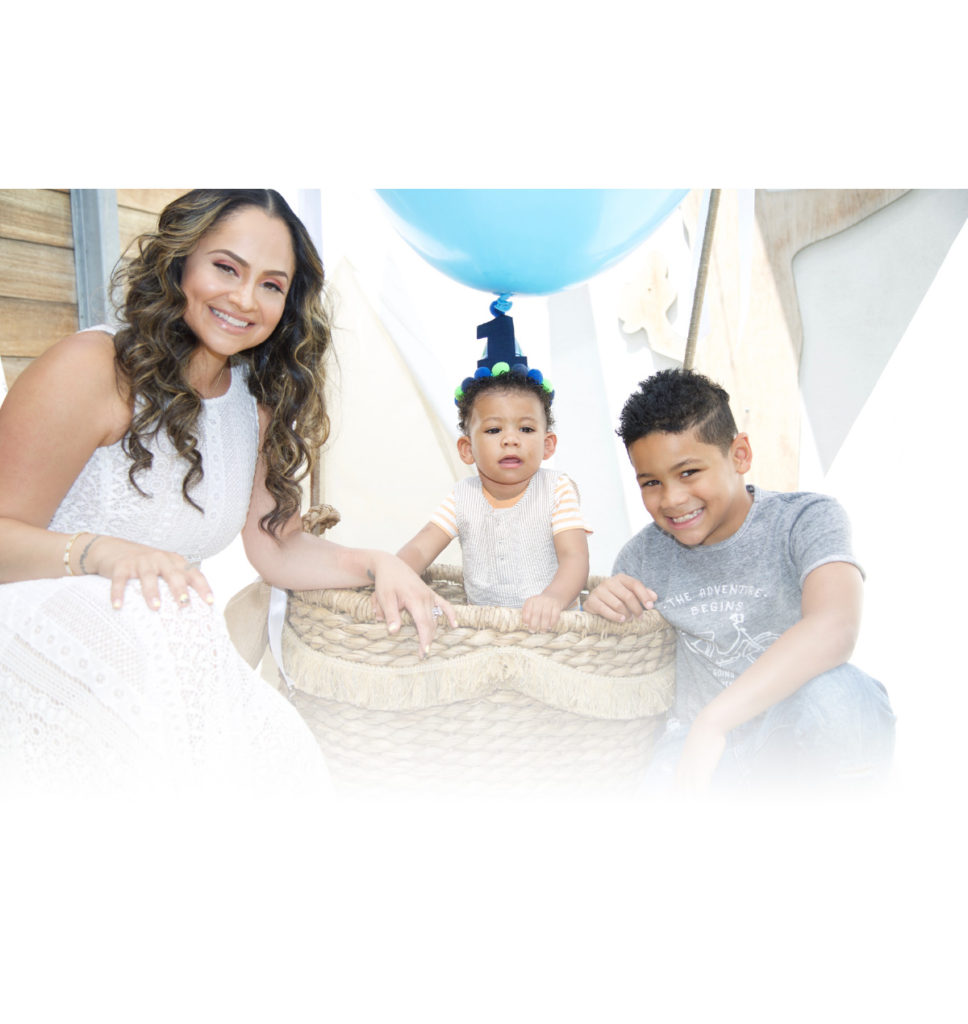 Mia Wright, NBWA President & Director, hails from Los Angeles, California.  A “showbiz kid”, landing her first national commercial at age 2, Mia is no stranger to the Hollywood lights and glamour. Managed by her single-mother, Michelle LeFleur, Mia was a working regular in the television, print and music industry during all of her childhood years up through adolescence. At age 14, Mia and her two singing group members that formed R&B girl trio Before Dark, were signed to major record label RCA Records. Releasing one album, and Billboard chart topping single “Monica”, the group toured as an opening act with mega stars Christina Aguilera & Destiny’s Child.

Mia met her husband, 12-year NBA Veteran Dorell Wright, in his second year as a NBA player with the Miami Heat. The two quickly became inseparable, and Mia moved to Miami, FL giving birth to their first child Devin Wright in 2008.

Transitioning from being a completely independent young lady to a stay at home Mom was particularly challenging for Mia. With a notable background in music & entertainment, Mia developed an urge to do more with her newfound free time and public platform. In 2010, Dorell founded the couple’s first non-profit organization D Wright Way Foundation, and named Mia as its Executive Director.  With immediate passion and a lit-fire, Mia began dedicating her time to developing the organization and servicing the inner-city communities in which Dorell played basketball. With annual staple events, such as the Thanksgiving Festival, Adopt-A-Family at Christmas, and KB3 Memorial Scholarship Fund; the couple has left their philanthropic imprint & devoted service on the hearts and minds of the inner city communities in Miami, Oakland, Philadelphia, Portland and their hometown Los Angeles.

Both Dorell and Mia hold a strong desire to help advance and be advocates on behalf of disadvantaged youth, especially the lives of young African-Americans. The pair, raised as inner city kids, has strong ties to the community and are both dedicated to uplifting and inspiring the children with whom they share a profound connection.

With the ambition to develop a family business, combined with their love for creativity and fashion, Dorell and Mia launched menswear line Scrapes & Gravel in February 2014. Mia holds the CEO position of the company and is excited by the challenges and victories that go along with learning and developing yet another successful venture.

As the Executive Director of newly established Wright Legacy Foundation (formerly known as D Wright Way Foundation), CEO of Scrapes & Gravel, a loving wife to a NBA star and now mother of two as the couple welcomed second son Dash Wright in 2015, Mia seamlessly maintains the challenging and unique balance between all her many roles.  “Believing that you are capable, trusting that God is leading you to places you belong, and accepting each new role as a beautiful experience is what keeps me afloat. Happiness and fulfillment are daily choices. It’s not about chasing either but rather fully being in the abundance that each breathing moment rewards us.”

Mia’s most recent role as President & Director of the National Basketball Wives Association Inc. has once again sparked a new energy and level of dedication to service in communities nationally and globally.  Her ability to unify NBWA members, transcending generations, has proven to be a strong skill set that will lead the organization to soaring heights.